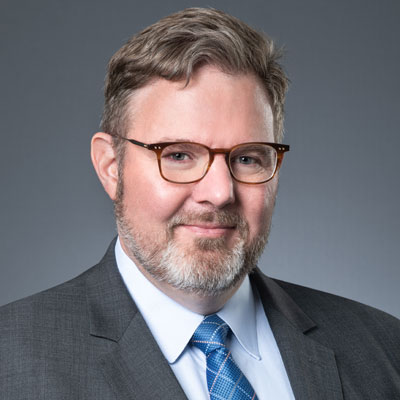 Michael Campion is a Senior Counsel with Colantuono, Highsmith & Whatley’s litigation practice group and resident in our Pasadena office. His litigation experience includes the successful representation and defense of public entities in litigation involving the California Public Records Act (CPRA), the Brown Act, and the California Environmental Quality Act (CEQA). He has defended public entities and agencies against petitions for writs of mandate concerning various topics ranging from the termination of public employees to the defense of a coordinated multi-party, multi-suit challenge to a city’s commercial cannabis licensing decisions. Michael’s current litigation engagements include the prosecution of an appeal of a fee award in favor of a court-appointed watermaster, the defense of a municipal water district’s fees against a Proposition 218 challenge, the defense of a municipality’s adjudication of rental increases under its mobile home rent control ordinance, and a suit seeking to invalidate the annexation of real property to a town induced by false promises of repair. He also currently coordinates and oversees CHW’s nuisance abatement litigation for various municipalities in Southern California.

Prior to joining Colantuono, Highsmith & Whatley, Michael was a senior associate at a municipal law firm in downtown Los Angeles, representing various public entities in litigation and in an advisory capacity. Michael regularly represented municipalities, water districts, school districts, and county education offices in litigation, providing high-quality written and oral advocacy in conjunction with cost-conscious resolution strategies. He contributed to successful and cost-effective client solutions both in a primary litigation capacity and as a resource for procedural and substantive advice and guidance in mandamus proceedings within the firm. Michael also served as advisory counsel, providing advice to various public entity clients on pending and contemplated litigation as well as the California Emergency Services Act, conflict-of-interest laws and the Political Reform Act, the imposition of fees in compliance with Proposition 218, Fee Mitigation Act issues, zoning and land-use issues, and a variety of other matters, including the drafting and amendment of ordinances. He also has experience with forming and advising entities formed under California’s joint powers authority statutes.

Before coming to private practice, Michael served the Superior Court of Los Angeles County as a law clerk and then as a full research attorney, a permanent civil service position selected by a panel of judges. He served in this assignment for over a decade, handling all law-and-motion matters for two civil trial courts and developing expertise in all aspects of California procedure as well as an extensive knowledge of multiple areas of substantive law. This career culminated in an extended role as the research attorney for the Writs and Receivers Departments, working with Judge Joanne O’Donnell. In this role, Michael analyzed contested petitions and drafted tentative decisions for writ of mandate cases in addition to reviewing a substantial portion of emergency ex parte applications for provisional remedies for the County of Los Angeles.

Michael is admitted to the State Bar of California, the U.S. District Court for the Central District of California, and the Ninth Circuit Court of Appeal. He received his law degree from the UCLA School of Law in 2005, migrating to the sun and surf of Southern California after graduating from the University of Chicago with a B.A. in Anthropology and an M.A. with honors in the Social Sciences.