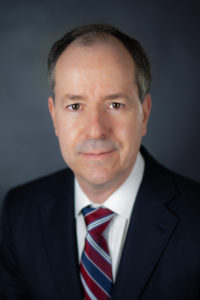 As perhaps the foremost expert on Propositions 218 and 26, Michael assisted the Legislative Analyst’s Office in the impartial analysis of the earlier measure and co-chaired the committee which drafted what became the Proposition 218 Omnibus Implementation Act of 1997. He also chaired the committees which drafted the League of California Cities’ Prop. 26 and 218 Implementation Guide. He has briefed 18 cases in the California Supreme Court on these issues since 2004.

Michael was elected by his peers to serve as President of the City Attorneys’ Department of the League of California Cities in 2003–2004.

Michael was appointed by the Rules Committee of the California State Assembly to the Commission on Local Governance in the 21st Century. The Commission was formed to study the Cortese-Knox-Hertzberg Local Government Reorganization Act and the bulk of its recommendations became law. Michael was deeply involved in drafting both the committee report and the statute.

He taught Administrative Law as an adjunct Professor of Law at the University of California, Berkeley School of Law in 1995 and is a frequent speaker and trainer on a wide range of public law topics.

Speaking Engagements (click on link(s) below for more information):