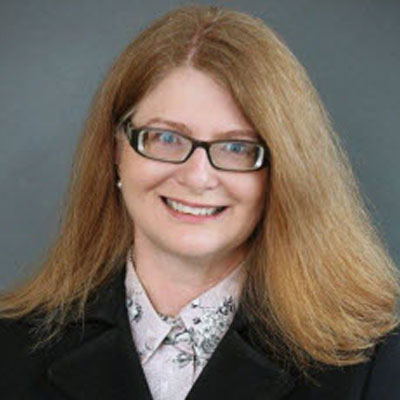 Terri is a Shareholder with the Firm of Colantuono, Highsmith & Whatley and has specialized in municipal law since 1991. She has a broad range of experience in areas of concern to local governments, including zoning and land use regulation, drafting of legislation, public water supply distribution and other water and utility issues, labor and employment issues, post-redevelopment, contracts, housing authority law(state and federal requirements) and affordable housing, Joint Powers Authority formation and agreements, personnel and labor matters, public works and public bidding requirements, open meetings law, Public Records Act requests, and conflicts of interest.

As a member of the municipal advisory team in Colantuono, Highsmith & Whatley’s Pasadena office, Terri is an experienced City Attorney, serving as City Attorney to the Cities of Barstow (2011 to 2021), Sierra Madre (2012 to 2020) and South Pasadena (2014-2021), including each City’s role as Successor Agency to its former Redevelopment Agency. During post-redevelopment, Terri also served as General Counsel to the Oversight Boards for former redevelopment agencies in Huntington Park, Pomona, Rialto, San Bernardino, San Gabriel, and Temple City. Terri also serves as General Counsel to the South East Los Angeles County Work Force Investment Board and the SELACO WIB’s Policy Board (a 5-city JPA which appoints member of the WIB), and from 2012- to 2021, as General Counsel to the Orangeline Development Authority — a JPA comprising 15 cities formed to pursue development of a high speed, grade separated, environmentally friendly and energy efficient transit system in Southern California.

As the leader in our firms’ multi-member labor team, Terri’s personnel and labor practice includes management and harassment training for cities, assisting in bargaining and drafting MOU’s and other employment agreements, preparing personnel rules and providing ongoing legal assistance in labor and employment disputes, grievances and discipline matters, and other employment issues applicable to both safety and non-safety public employees. In addition to providing labor and employment advice to our firm’s various clients throughout California, Terri is labor advisor to the Citrus Heights Water District.

Prior to joining the Firm, Terri served the City of Alameda as its City Attorney (2006 – 2011) and Assistant City Attorney (1997– 2006) and was General Counsel to the Alameda Housing Authority, the Alameda Power & Telecom (public electric company), and the Alameda Reuse and Redevelopment Authority, a joint powers authority created to acquire and redevelop the former Naval Air Station, Alameda. Prior to her 14 years with the City of Alameda, Terri represented the cities of Lafayette, Moraga, Orinda, and Pittsburg as Assistant and Deputy City Attorney, and provided special counsel and litigation services to the cities of Fremont, Livermore and Livingston on a contract basis.

Terri graduated with a Bachelor of Arts degree with honors from the University of Nevada, Reno in 1977. Several years and three children later, she attended law school at John F. Kennedy University, graduating with honors in 1991 and joined the California Bar that same year. While she was at law school, she was an editor of the Law Review and taught contracts and legal research and writing to first-year students while juggling the duties of a “soccer mom.”