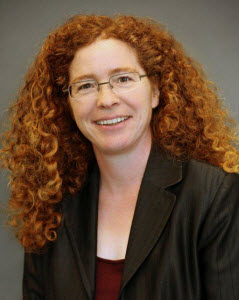 Holly Whatley is a Shareholder of the firm and serves as the Assistant City Attorney of South Pasadena, Ojai and Sierra Madre. She was previously City Attorney of La Habra Heights and Assistant City Attorney of Calabasas. She heads the firm’s Litigation Department, focusing on public law disputes including post-redevelopment and other municipal finance issues, water issues, matters involving Local Agency Formation Commissions (LAFCOs), land use, California Public Records Act, CEQA, election, public works and employment law disputes. In 2013, the Daily Journal recognized her as one of the top 20 municipal lawyers in the state of California.

Holly has a particular expertise in litigating complex cases in a broad range of areas, including class actions against public agencies. She has represented cities in municipal finance litigation, including writ actions involving multi-million dollar claims. Recent engagements include a constitutional challenge to A.B. 1484, the post-redevelopment legislation now pending in the Third District Court on Appeal on behalf of four cities and their successor agencies, a $10 million per year dispute between Los Angeles County and 47 of its cities regarding property tax administration fees, a multi-million dollar dispute between a telecommunications carrier and over 30 cities regarding telecommunications user taxes, and a $24 million per year dispute between Chevron and the City of Richmond regarding business license taxes. She has ample experience in utility and other rate-making disputes including current matters involving water rates, groundwater augmentation charges, a dispute with Southern California Gas Co. regarding the cost to relocate mains in conjunction with a freeway interchange project, and other municipal revenue disputes. She also has significant experience in land use and election disputes. Holly has also represented state agencies in defending sexual harassment and retaliation claims and defending their employees from civil rights claims. She also has significant expertise in litigation regarding LAFCO law, including suits challenging annexation decisions.

Holly also leads our Elections Law practice and has litigated many elections disputes, including initiative proposals, ballot argument disputes and the like, including recent writ matters involving a voter-approved measure to increase business license taxes on Richmond manufacturers and an initiative cap on a special property tax to fund a new hospital for the Plumas Hospital District.

Holly is a member of the Municipal Law Institute Committee of the League of California Cities.