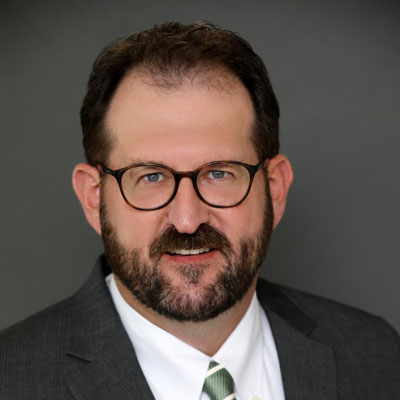 He earned his Juris Doctor at Pepperdine University School of Law, and a Masters of Science in Environmental Management from the University of London. He attended UCLA as an undergraduate, earning a BA in Geography.

He is serving a third term on the Municipal Law Handbook Editorial Committee, the leading treatise on California municipal law, published jointly by California Continuing Education of the Bar (CEB) and the League of California Cities (Cal Cities). He has also served as the appointee of the City Attorneys Department to the Public Works Policy Committee. He currently serves on the Cal Cities City Attorney’s Department Committee on Disaster Response.

He has taught graduate and undergraduate courses in the Department of Urban Studies and Planning at California State University, Northridge as an Adjunct Professor. He has taught courses in Planning Law, and Sustainability and Environmental Analysis. He has served his community for eight years as a Planning Commissioner, twice as its Chair, and served for eight years on the Trails Committee, preserving and improving hiking, biking, and equestrian opportunities for residents.

Before law school, he lived in Tokyo for over two years, teaching English to business professionals in the publishing industry and to the Japanese National Farmers Cooperative (Zennoh). He has traveled extensively throughout Asia, including trips to China, Hong Kong, Macau, Korea, Thailand, Malaysia, Indonesia, India, and Japan. He was born, raised, and attended public schools in Pomona, California, and is proud to live and work in the San Gabriel Valley.