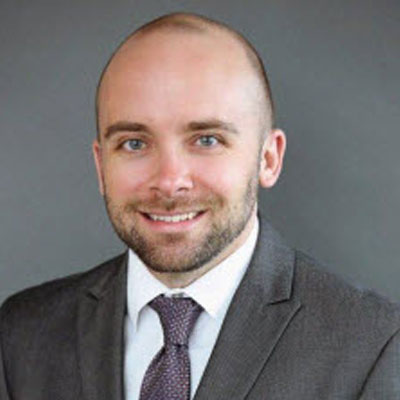 Ryan is senior counsel in Colantuono, Highsmith & Whatley’s litigation and advisory practice groups. His practice covers a full range of litigation matters for cities and other public entities, including disputes over public revenues, election disputes, land use issues, general commercial litigation, and related appeals. He uses his deep knowledge of California civil procedure to efficiently defend public entities in litigation and resolve disputes cost-effectively. Ryan also serves as general counsel of the Goleta Water District and the Burbank Hospitality Association.

Ryan is a member of the League of California Cities Municipal Finance Committee and helped draft the League’s Proposition 218/26 Implementation Guide.

Prior to joining Colantuono, Highsmith & Whatley, Ryan litigated environmental and product liability matters at Faegre Baker Daniels LLP (now Faegre Drinker) in Minneapolis. Ryan’s work at Faegre included significant involvement in advising a corporate client on the potential for environmental enforcement actions under state and federal law arising out of groundwater contamination caused by an oil refinery in Alaska, as well as representation of that client in litigation with a former owner of that refinery.

After law school, Ryan worked as a law clerk to two judges with civil case assignments at Los Angeles Superior Court. In this role, Ryan analyzed and drafted bench memoranda for dozens of motions for summary judgment on cases ranging from employment matters to real estate disputes to government tort claims. Ryan also analyzed motions from every stage of the civil trial process, from demurrers to discovery disputes to requests for entry of default judgments.

Ryan has been named a Southern California Rising Star by Super Lawyers every year since 2016. He received his law degree from the UCLA School of Law in 2009 and an M.A. in urban planning from the UCLA School of Public Affairs that year, where he focused his studies on transportation issues. Ryan assisted two law professors in their research efforts while at UCLA and was named a Distinguished Advocate by the UCLA Moot Court Honors Program. He graduated with honors from the University of Wisconsin-Madison with a B.B.A. in Finance and Real Estate and worked for an affordable housing developer in the Minneapolis area after college. When not at work, you might find him at a dog park with his rescue pit bull Rizzo, rooting for the Chicago Cubs or Wisconsin Badgers, or exploring Los Angeles by foot or bike.